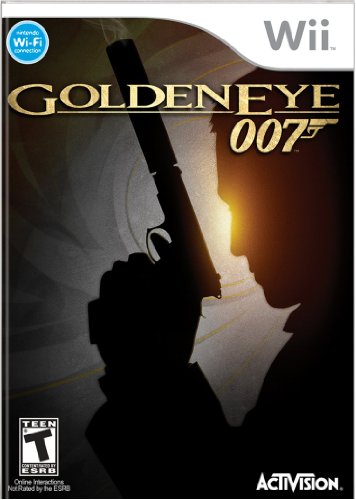 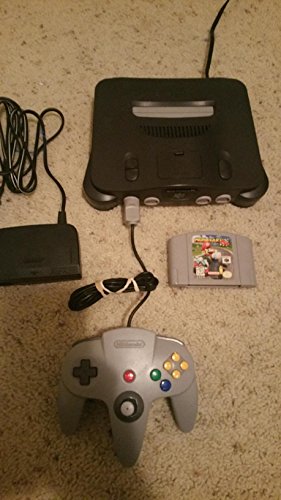 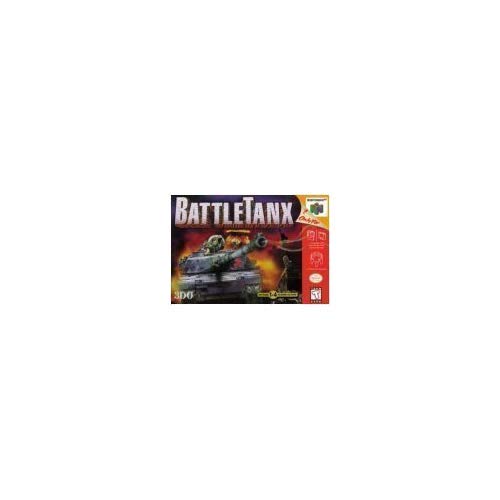 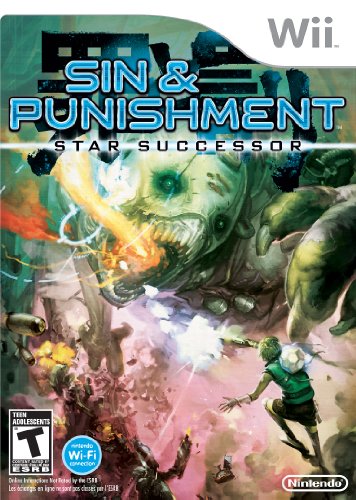 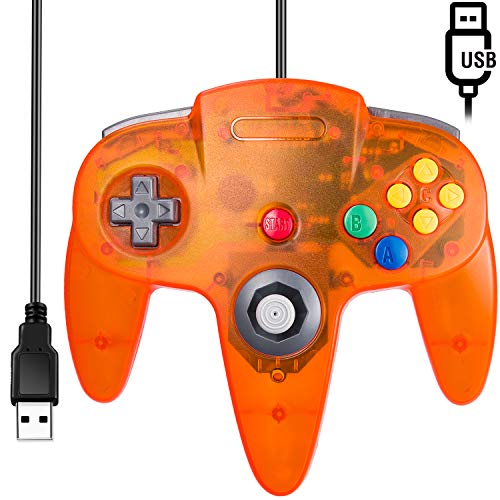 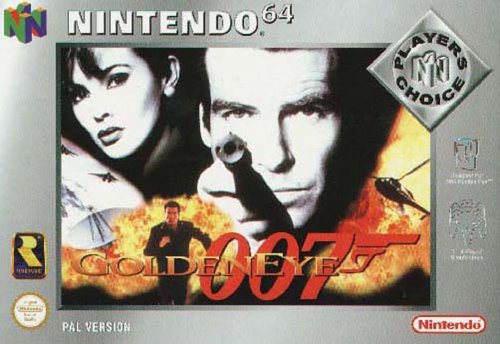 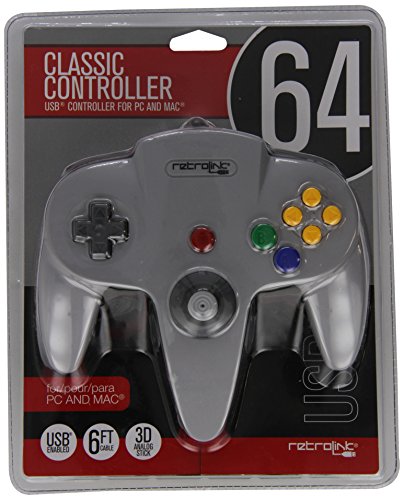 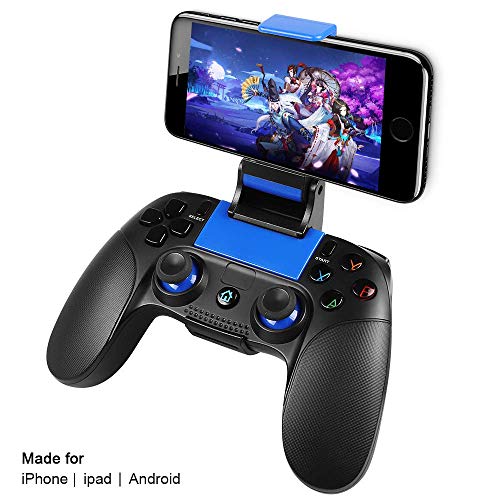 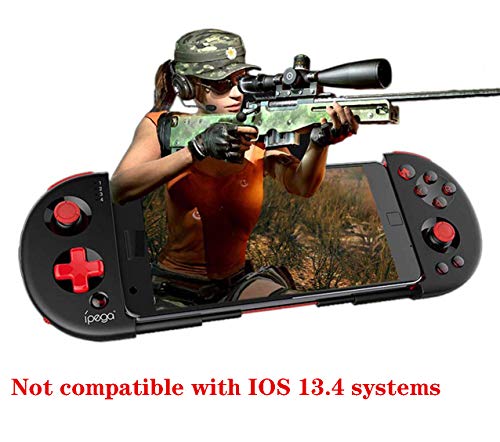 The Top 10 Greatest N64 Games of ALL TIME

I really don't know why this game beat Pokemon Stadium. Maybe because of the nostalgia, maybe because it actually has a storyline, I don't know. This is one of the few games that everyone in my family, even my mother, loved to play. We would often compare our pictures of various Pokemon; I even remember my mom one time finding out how to capture the picture of a new Pokemon previously unseen by us! It was a great game, and I still have the cartridge in my garage somewhere (My Nintendo 64, unfortunately, does not work.).

This game was a great one, a much needed improvement on Mario 64 (I never did care for that game.). I loved exploring the various worlds within the puzzle pieces. My favorite one was the Haunted House picture. Plus, the combos you were able to do with Banjo and his feathery friend, Kazooie, were incredible, only to be topped by its sequel.

I have far more nostalgic memories with Banjo-Kazooie than with this game, but this one is far more fun to play. They crammed this game full of new worlds, new abilities, new everything! I especially loved how you could use Kazooie as a gun (with some first person shooting, no less), and how Banjo and kazooie could finally separate! A great game, indeed.

7) Shadows of the Empire

Wow, what a great game. I mean, you get to fight IG-88, Boba Fett, fly around during the Battle of Hoth in a snowspeeder, man the turrets of (and even fly) the coolest Star Wars ship: the YT-2400 Correllian light freighter, the Outrider?! And all with one of the coolest Star Wars characters EVER?!?!?! What more could a Star Wars fan ask for? I mean, really? This is one game that did not need a Force-Sensitive main character. Take that, Skywalker!

This game made me fall in love with two things: space battles, and four player free-for-alls. I loved the story mode, especially how, depending on your actions during the various missions, your trajectory changes. I also loved Falco; he was the best wingmate, as he rarely needed to be saved from enemies on his tail, and he had an awesome, sarcastic attitude. Slippy...well, let's not even talk about him. The versus part of the game, however, was just as fun. In it, you could be an Arwing, a Tank, or on foot, carrying a bazooka. Each one had its advantages and disadvantages. I spent so many hours on that game, it's ridiculous. But, I'd do it again!!!

Star Fox 64 led me to play the first game in what is arguably the best Star Wars videogame series of all time: the Rogue Squadron series. Seriously, you could play as an A-wing, B-wing, X-wing, Y-wing, V-wing, Snowspeeder, TIE Interceptor, N-1 Starfighter, or even the Millennium Falcon? What the crap?!?! With great battles like the Jade Moon mission (my favorite one; I never got tired of it), the ability to change your laser distribution, and many various Imperial enemies to shoot down, this game was the bomb, only to be bested by its Gamecube sequel.

Looking back and sizing this game to its sequels, this one looks pathetic in comparison. I mean, you had less than twenty characters, and there weren't even any mushrooms to make your character super-sized! That being said, this game, at the time, was THE game to play. Everyone's playground arguments on who was more powerful: Link or Samus, Pikachu or Mario, Kirby or Ness, were put to rest in this Nintendo-approved fighting arena. My favorite character, for the longest time, was Pikachu. It then slowly became Link, as I discovered the joys of his 3-D adventures on this same system. Ah, a grand and glorious game.

This game was the coolest shooter game of its day. I would venture to say that it has the best weapons of ANY game for ANY system: the Plasma Rifle, the Machine Gun, the Shurikens, the Tri-Rocket Launcher, and...the Fish Food. I also loved the different worlds that you would visit, and I especially loved the fact that when you shot/blew up your enemies (they were insectoids), green/blue blood would spurt out, or their body parts would fly off in various directions. Great game. Play it.

2) The Legend of Zelda: Majora's Mask

They are very few reasons for this game taking second to the number one game on this list. This was the most fun I had on my Nintendo 64 in the history of ever. I mean, you, as Young Link, get to turn into a Deku Child, a Mighty Goron Warrior, a Zora Musician, a Giant, and even a Deity! What the crap?! On top of that, you must try to save the world from a falling moon in three days! This game also had some very fun bosses to battle, and some cool mini-games (Save the cows from being abducted by aliens!). A great game, with great gameplay, and a surprisingly dark, moving storyline.

1) The Legend of Zelda: Ocarina of Time

This game is not only the definitive Zelda game: it's also the definitive Nintendo 64 game. This game is, if not on the very top, on the top ten of any "Best Video Games of All Time" list, or that list is worth about as much as a Crash Bandicoot videogame. I have such nostalgic emotions of this game: I remember getting sooo frustrated (but not too much so) during the Gerudo Valley part. I remember loving the Lost Woods, especially when exploring them as an adult. I loved the epic battles against Volvagia, Twinrova, Phantom Ganon, and so many other bosses. I remember getting freaked out in the mini-dungeon under the empty well, more so than in the Shadow Temple. I remember the wonder of seeing the huge and beautiful Lake Hylia, and standing there watching the sun rise and set. I remember the moment I pulled out the Master Sword for the first time, only to realize, too late, that Ganondorf had followed me into the Temple of Time. I remember riding around on my faithful steed, Epona, jumping fences and shooting down enemies with my bow and arrows. The story was nothing short of amazing, and the gameplay was excellent. For some reason, every time I hear a dc talk song (Jesus Freak and Welcome to the Freak Show era), warm memories of this game are brought up. I guess I must have listened to those two CDs a lot before, after, or even during the times I would play that game. Ah, what I wouldn't pay to play a Wii remake of that great game... ya hear that, Nintendo?!?!?!

Anyways, that's the end of this little list of great Nintendo 64 games. Hope you enjoyed reading it! Hey, if you want to leave a comment, saying how much you loved/hated the list, please do! I would greatly appreciate it, so much so that I might (alright; most likely) respond back! Thank you in advance!